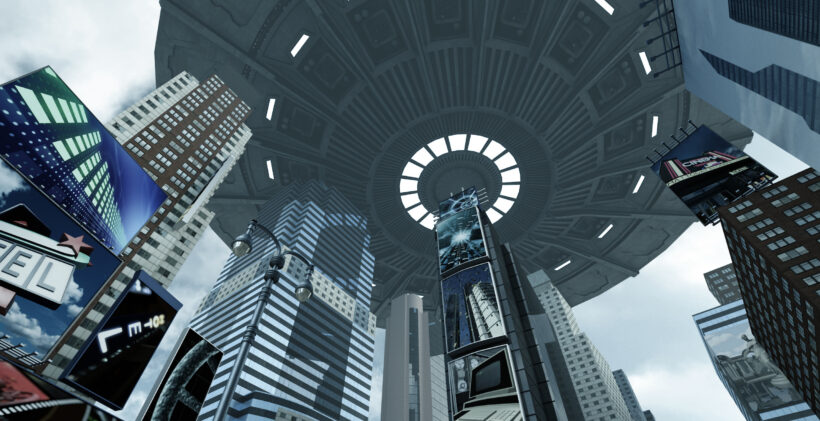 American voters’ views on Unidentified Flying Objects (UFOs) shifted slightly in favor of a belief in visitations over human activity or natural phenomenon. A new survey finds 38.5% believe at least some can be attributed to extraterrestrial intelligence visiting Earth, while 32.4% think all can be explained by human activity or natural phenomenon.

A sizable 29.1% of all voters remain unsure. However, less than one-third (31.1%) told Big Data Poll in April 2018 that they believed UFO sightings can be attributed to extraterrestrial intelligence visiting Earth, and self-reported witnesses have also increased.

Nearly 2 in 10 (18%) American voters now claim to have “personally witnessed” an Unidentified Flying Object, up from 12% three years ago. Another 2 in 10 (20%) voters now say they know someone who sincerely believes they’ve witnessed a UFO. A significant majority, 58.6%, expressed a belief in intelligent lifeforms elsewhere in the universe and 62.0% say the U.S. government knows more about UFOs than it claims.

The Public Polling Project Early Spring National Survey was conducted by Big Data Poll and interviewed 2,084 registered voters nationwide via mixed-mode voter file and online survey panels from March 31 to April 4, 2021. The sampling error is ± 2.1% at a 95% confidence interval.

The Election 2020 Public Polling Project conducted by Big Data Poll for Inside The Numbers with The People’s Pundit was the first ever successful publicly funded project in the United States of America. It was recognized by The New York Post for delivering far more accurate results with “above-average transparency”.

The project has continued following the election amid important public policy debates. The Public Polling Project Early Spring National Survey also asked voters for their views on a wide range of issues from transgendered sports to school closures, immigration, vaccinations, the filibuster, UFO sightings and belief in extraterrestrial intelligence in the universe.

Crosstabs can be viewed here.