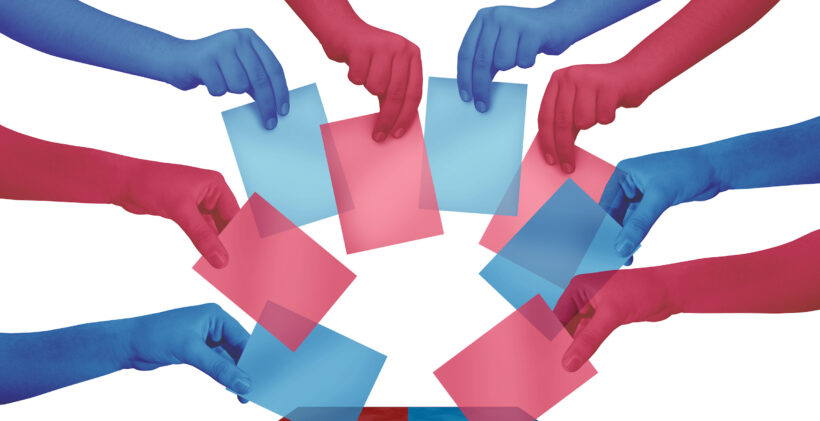 House Resolution 1, more commonly referred to as H.R. 1, was passed by the U.S. House and is now being considered by the U.S. Senate. It would expand federal authority over how elections are conducted across the country and seeks to make permanent the changes made prior to the 2020 U.S. presidential election, to include automatic voter registration, same-day registration, and more.

Supports argue it increases access to voting, while opponents argue it weakens election integrity and violates the U.S. Constitution, which states the “Times, Places and Manner of holding Elections” nationwide “shall be prescribed in each State by the Legislature thereof”. Voters oppose H.R. 1 by nearly 17 points and opt instead for more strict reforms aimed at beefing up election integrity.

The Public Polling Project Early Spring National Survey was conducted by Big Data Poll and interviewed 2,084 registered voters nationwide via mixed-mode voter file and online survey panels from March 31 to April 4, 2021. The sampling error is ± 2.1% at a 95% confidence interval.

The Election 2020 Public Polling Project conducted by Big Data Poll for Inside The Numbers with The People’s Pundit was the first ever successful publicly funded project in the United States of America. It was recognized by The New York Post for delivering far more accurate results with “above-average transparency”.

The project has continued following the election amid important public policy debates. The Public Polling Project Early Spring National Survey also asked voters for their views on a wide range of issues ranging from transgendered sports to school closures, immigration, vaccinations, the filibuster, UFO sightings and belief in extraterrestrial intelligence in the universe.

Crosstabs can be viewed here.